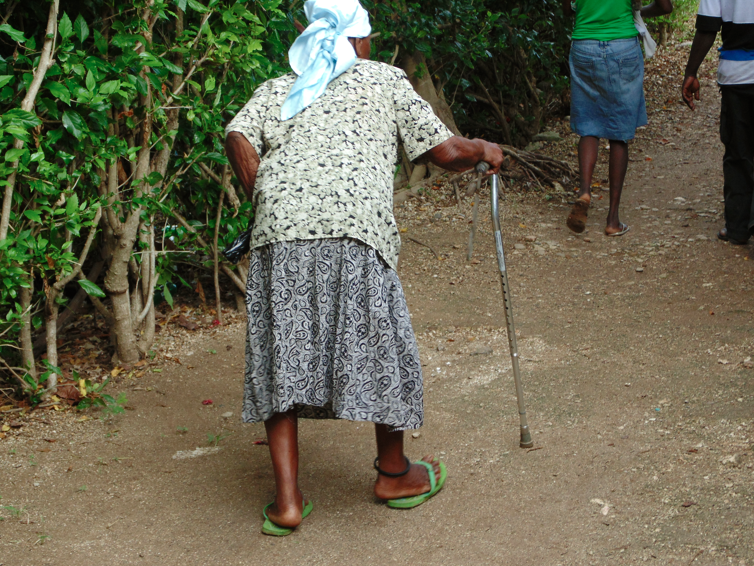 The day after we arrived in Haiti, I woke up with puffy eyes and a soar throat. I was not that concerned, as I was not in much pain and I assumed the swelling would go away on its own, but my mother, being the lovely caring mother that she is, decided to be a little more wary of my sudden symptoms. After a little research, she discovered that I was most likely having a reaction to my malaria medication and that I should find a doctor close by. Our translator, Michele Jean, said he knew of an American clinic that he could take us to, so off we went. The doctors told me that the strain of malaria in Haiti is so weak that it is almost not worth being medicated against. If a person does get it, it is treatable within a few days, so they took me off my medication and prescribed a tapering dose of steroids to reduce the swelling. I received quality service, from attentive healthcare workers, at a wonderful organization, at no cost.

We went to the clinic on a day that it was closed, so there were no crowds and I did not realize how many people they treated on an average day. Two days later when we went back to take footage for them as thanks for helping me, the clinic was open and about one hundred and fifty people were waiting in line. We interviewed thirteen people who had nothing but great things to say about the clinic and I began to understand how critical the service that they are providing is. One woman who particularly struck me was a 73-year-old woman named Bernadette. She has been coming to the clinic since it started. She explained that she travels hours to get to the clinic whenever she needs to refill her medication, sometimes by foot and sometimes by motorcycle taxi. “If it weren’t for Dick Hammond,” (founder of FOTCOH), “we would all be dead, and by the grace of God, he has come here to help us,” Bernadette exclaimed. She continued to explain how helpful the Clinic had been to its near and distant communities. When she was finished, she told us she was tired and was going to try to find someone to push her home in a wheelbarrow.

Life in most parts of Haiti is not glamorous. The hardships that I have witnessed here outweigh any that I have seen in other parts of the world. Luckily there are many people who recognize this, and are eager to help. Friends of the Children of Haiti is making an enormous impact, and I am thankful that my puffy face and aching throat lead the Mighty Fingers team to such an inspiring organization.