“Our loving and caring staff and volunteers provide the highest-quality care in one of the poorest places on earth. We are grateful for the opportunity to truly make a difference in our patients’ lives.”

As Executive Director of FOTCOH, Nathan is responsible for overseeing the organization’s work to bring hope and healthcare to more than 15,000 Haitians annually. He leads and supports the staff and volunteers to provide the best possible medical care and health education to the people FOTCOH serves. Nathan brings to his role more than twenty years of experience in leadership and fundraising with both domestic and international nonprofits. Throughout his career, Nathan has felt drawn toward health and nutrition-related organizations and has worked extensively in Sub-Saharan Africa and Latin America. He’s been actively involved with projects in Haiti since 2002. His favorite part of his job is getting to know FOTCOH’s donors and providing them with opportunities to live out their passion and purpose. Outside of work, Nathan enjoys spending time with his wife Missy, who works as a special education preschool teacher, and their three grown children. 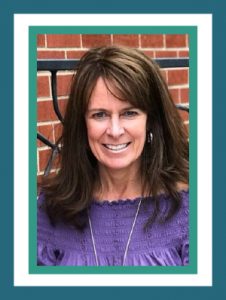 “I am constantly humbled by the giving, helping attitudes of our volunteers who are great role models!”

Dianne oversees all of FOTCOH’s accounting and financial matters as well as managing the office. Her past experience includes working as a CPA in public accounting for two large firms before finding her niche as a business administrator in the nonprofit world. She also has extensive experience volunteering for a variety of nonprofits, particularly in treasurer roles. Dianne says that the most challenging part of her job with FOTCOH involves reconciling three types of currency based on money spent in Haiti. Her favorite part of the job is using her accounting skills for an organization that is doing so much good in the world. In her spare time, Dianne enjoys life with her husband Michael, a physician who has been to Haiti twice with FOTCOH. In fact, Dianne became involved with FOTCOH while researching travel-based volunteer opportunities for her husband and son. They have two grown children, Jonathan and Lauren, and two rascally Sheltie dogs. 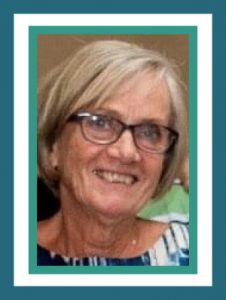 “I am so amazed with FOTCOH’s mission. Not only do we provide medical care to the poorest country in the world, but we also provide education for the Haitians to become self-sustaining.”

As Administrative Assistant, Marge is responsible for a wide variety of office duties as well as providing each donor with a prompt thank-you letter and running fundraising reports. She feels the best part of her job is meeting the wonderful people who work for and volunteer with FOTCOH. Marge has also enjoyed seeing the organization expand its services over the years. Her first trip to Haiti was in 2010 right after the earthquake. Since then, Marge has seen FOTCOH grow to be a leader in the field of Haitian healthcare. Her professional background includes working for OSF Saint Francis Medical Center for 18 years as an administrative assistant and as an application specialist in the employee wellness department. Marge has been married to her husband, Jerry, for 48 years. They have 5 children, 18 grandchildren, a great grandson, and two black pugs. 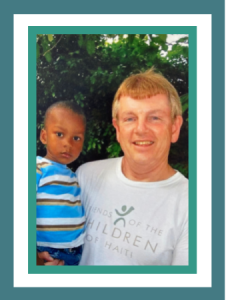 “After 14 mission trips, I have seen the impact FOTCOH makes in the lives of everyone we touch. I’ve seen progressive improvements in the health of repeat patients, wounds healed during clinics, and the gratitude of the patients and their families for the treatment they have received. I’ve also experienced the sense of family that develops among the staff and the volunteer teams.”

As Director of Operations, Ken coordinates the support the Haitian staff needs to improve efficiency, including addressing property issues, logistics, and program needs. Ken looks forward to traveling back to Haiti when the political situation settles down. Three of his children have accompanied him on FOTCOH missions, and as he eagerly awaits the arrival of his first grandchildren in March he hopes he’ll be able to take them to Haiti on future FOTCOH missions. 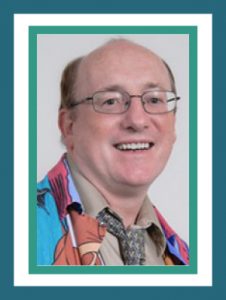 “My favorite part of the FOTCOH experience is watching the children. Even though I don’t speak their language, it is a joy to see a kid’s eyes light up when I hand them a matchbox car.”

Dr. Trainor learned about FOTCOH in 2010 from his family practice partner at work, who had gone to Haiti before and asked him to join a trip in 2010. Then, the earthquake happened and he felt called to go by God. Since that time, Dr. Trainor has served as a team leader with FOTCOH and has also brought other colleagues with him on trips to help serve the Haitian people. He brings his extensive medical experience to FOTCOH’s board; in addition to his current role, he has served as Chairman of Pediatrics at St. Joseph Medical Center as well as a Fellow of the American Academy of Pediatrics. Dr. Trainor is married to Sue, and they have six children and eight grandchildren between them. 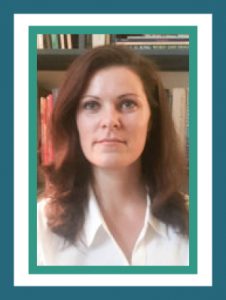 “FOTCOH’s founders, Dick and Barb, are heavily involved in the organization and spend time getting to know each volunteer. After seeing their dedication and commitment to Haiti and to their team, I knew I wanted to be a lifelong advocate for their work.”

As FOTCOH’s Pharmacy Director, Erin’s experience includes 13 years as a community pharmacist and 9 years in the non-profit global health sector. She is a Doctor of Pharmacy, Master of Public Health, and Emergency Medical Technician. Erin took her first trip to Haiti as a FOTCOH volunteer in 2011. Prior to joining FOTCOH’s staff, she served as a Pharmacy Advisor for an international global health organization since 2016, maintaining medical and pharmaceutical oversight for all organizational operations. She is also part of an Emergency Response Cadre; in this role, she oversees pharmacy operations and deploys resources for disaster responses domestically and internationally. Erin currently resides in Brooklyn, NY. 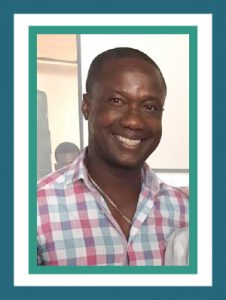 “My favorite part of my job is organizing the team in Haiti for Vital Health Clinics and Weekly Urgent Care. Each clinic morning, our volunteers and around 40 Haitian staff members work hard to organize the crowd of 300-500 people.”

André started with FOTCOH in 2001 when the organization was looking for a driver. Having just finished secondary school, he was seeking a job to support himself, his parents, and his siblings as well as pay for his university education. André’s unshakeable reliability and work ethic have been a huge source of stability for the organization. Over the years, he has worked his way from driver, to translator, and eventually to clinic director. His current duties include overseeing Vital Health Clinics and Weekly Urgent Care as well as taking care of clinic financials, supervising healthcare providers and other staff, and conducting crowd control during busy clinic days. FOTCOH’s accounting and audits are efficient, transparent, and high-quality thanks in large part to André’s diligent work tracking down receipts for everything in Haiti, which can be challenging at times. He holds a law degree from the School of Law in Jacmel. Outside of work, André’s favorite activity is taking his two children to cool off and have fun at the pool. 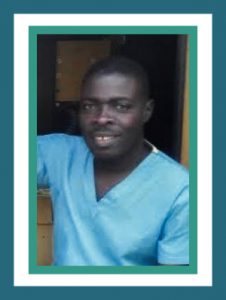 “Since I’ve been working for FOTCOH, I’ve seen Haitians change the way they think about their health. Many people return to the clinic because they see the medications they receive are working.”

Dr. Nelson, who is known around the clinic simply as Nelson, has worked with FOTCOH since 2007. He works during every clinic and urgent care alongside two other doctors and a team of other medical professionals. Dr. Nelson has been heartened to see that his team’s work has helped build trust between the Haitian people and the medical staff; many patients tell their family and friends about the care they received and encourage them to see a doctor as well. Originally from Haiti, Dr. Nelson earned his medical degree while studying in the Dominican Republic. He then returned to his home country to train under another doctor and eventually worked as assistant director of a private hospital before joining FOTCOH as Medical Director.

Works with new & expecting mothers in our breastfeeding education program

Works with new & expecting mothers in our breastfeeding education program

Works during our weekly Urgent Care

Works in the pharmacy alongside pharmacist Roger Laguerre

Works during the Vital Health Clinics and Urgent Care

Fills out dossiers as patients come into the clinic