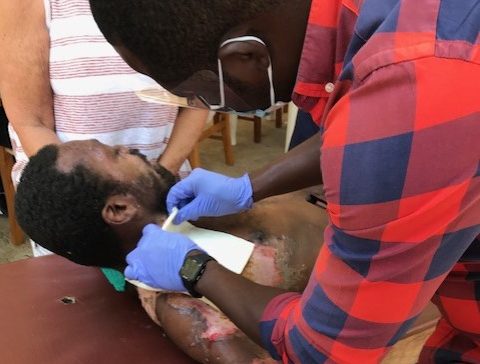 Today was one of those crazy, busy clinic days that’s started very quickly and never stopped until clinic was through. First thing this am, I had a middle age man with a very large (grapefruit size in diameter) abscess in the middle of his back. It was definitely a team effort to open and drain, then pack this abscess. Throughout the day, it seemed like we had one “emergency” after another, with a young girl passing out and hitting the ground. It turned out she was pregnant and had not told her Mom yet, so besides caring for her, we had family drama.

They rushed in a man who was semiconscious, vomiting and incoherent. He was stabilized the best we could and had him go to an emergency room as a possible overdose. But the most challenging patient arrived with his family. He had second and third-degree burns chest, arms, and back from boiling water. He was 9 days post burn when he was brought to us and amazingly, there was no sign of infection and he had had no medical care. The body is a wonderful thing. We gave him some pain medicine, and all the dead tissue was removed. He was then cleaned, smeared with a burn ointment and we did the best we could to cover him with dressings we had. Below is a series of photos showing his arrival and the team effort used to care for this man.

I just thought ITS A GOOD THING WE ARE HERE. The volunteers of FOTCOH make such a difference. 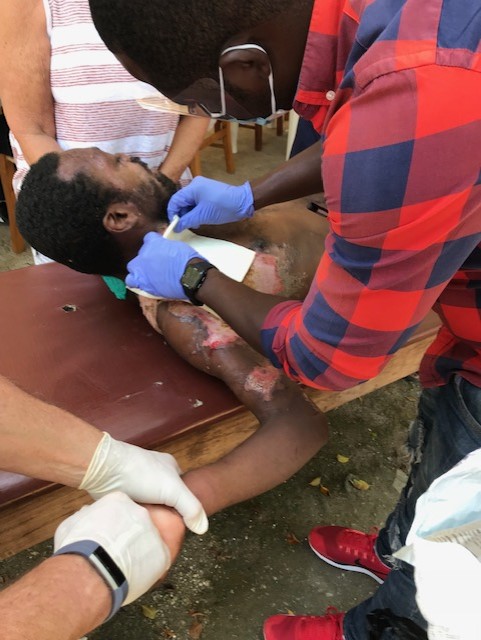 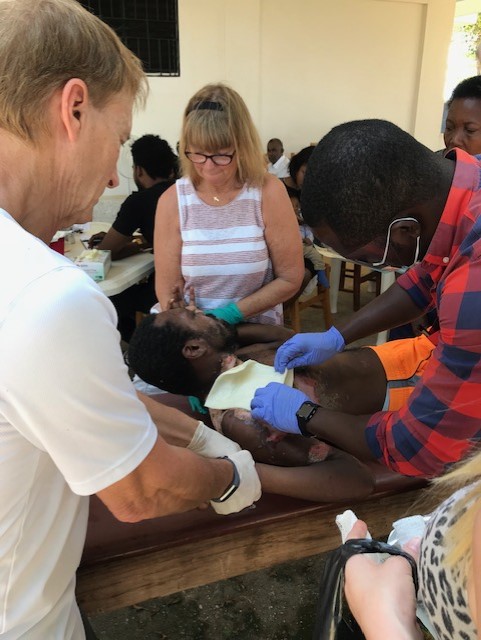 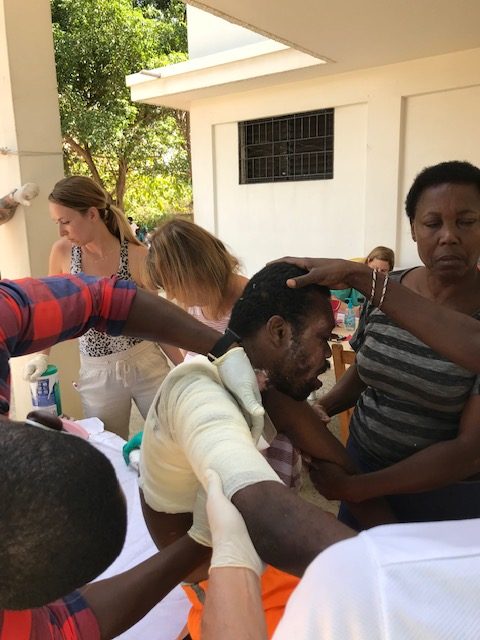 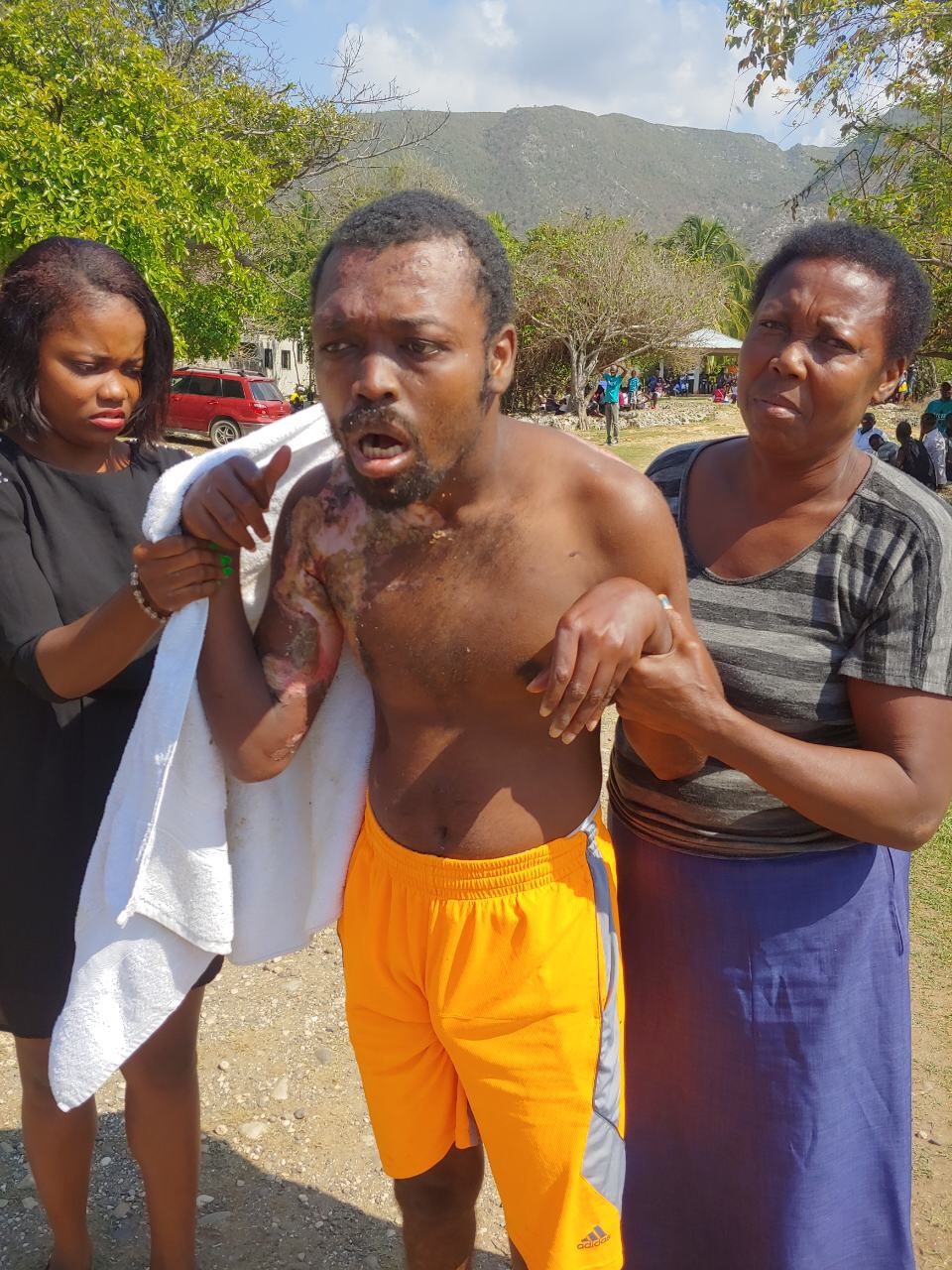