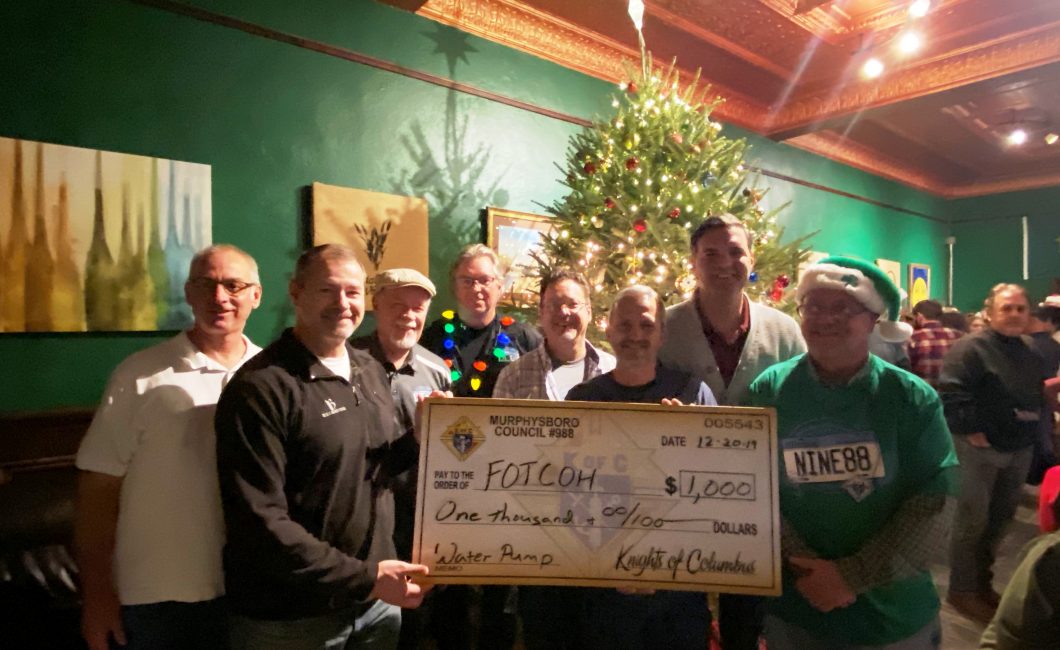 This past week, longtime FOTCOH medical volunteer Jeff Ripperda’s Band, Nine88, performed a concert with proceeds from the show going to support FOTCOH. We are incredibly grateful for Jeff and all the members of Nine88 for their contribution. Here is a little bit more about Jeff’s band and his involvement with FOTCOH:

-For the first couple years of the band’s existence, the band played only bluegrass/country gospel church services, but over time started playing at bars, wineries, fairs, festivals and private parties.

“I’ll speak for all members of Nine88 and for the Murphysboro Knights of Columbus when I say that we really love what we do.  It’s fun to make music together and it’s great to be able to support other groups doing good work.  I miss Haiti when I’m not there and look forward to getting back.”

-All proceeds raised by Nine88 go to different charities. The band paid off the mortgage for the Murphysboro Knights of Columbus Hall over the course of 3-4 years, and since that time has been donating funds raised to other charities.

-Nine88 elected to support FOTCOH because of mandolin player Jeff Ripperda’s involvement with the group. Jeff is a family physician who has been on several FOTCOH clinics dating back to September 2006. Jeff plans to be a part of the October 2020 clinic.

-On a Sunday morning in November 2015, Jeff sat in front of the clinic and wrote a song called “Cyvadier” about his trips to Haiti. Nine88 performs the song regularly. Check out the link to Jeff’s video here:

Thank you, Jeff, and all members of Nine88 for your support of FOTCOH!

How can I make a donation to FOTCOH?

Visit our donation page at: